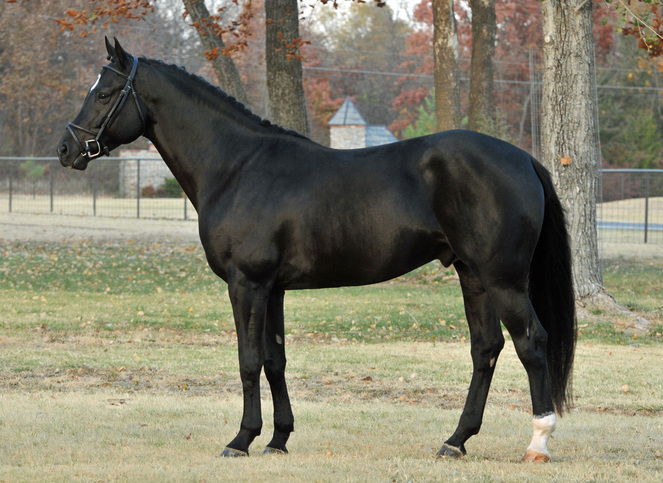 Edward Scissorhands is our latest exciting young prospect.  With some of the top jumping blood flowing through his veins, he is already exhibiting some of that talent and athletic ability.  Not only does he show ability, it comes in a sleek, shiny black package.  Well conformed, balanced and with three beautiful gaits, he is bred to compete and excel.  As he is homozygous black, Edward cannot produce a chestnut foal.

Edward was presented in July to RPSI and received his provisional license.  Receiving exceptional scores across the board, we have HIGH expectations for Edward's future performance career.

Edward successfully completed the 70 Day Stallion Performance Test on November 10th, 2012, thereby fulfilling his performance requirements with RPSI!  Watch for him in the show ring in 2013!