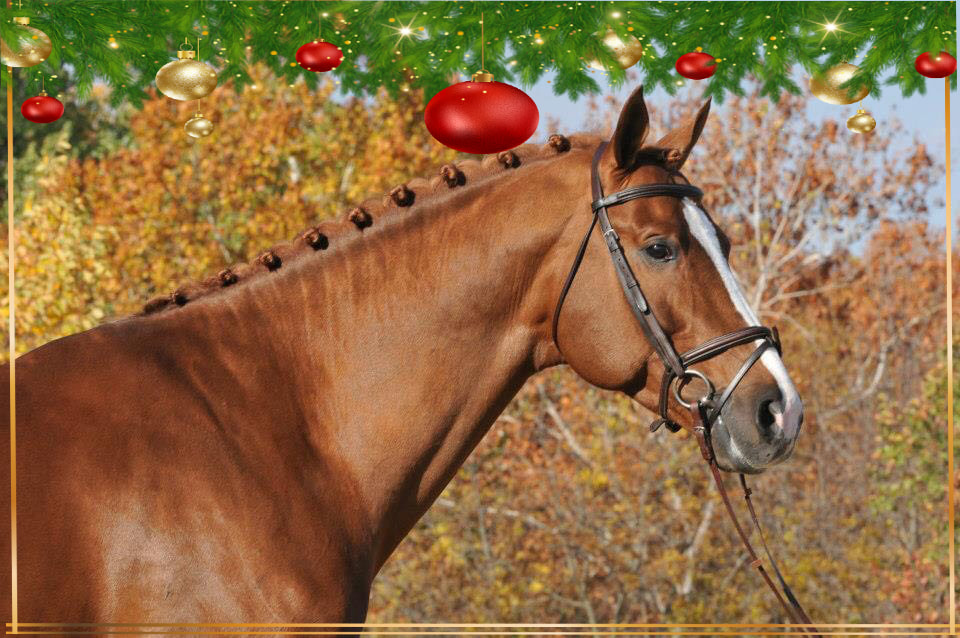 Legaczy is an exciting stallion with fabulous movement and tremendous scope over fences.  Although he is a big framed 17.1h, he has a beautiful head and expression and a refined elegance about him.  He is equally impressive under dressage and hunter tack. Additionally, he possesses a fantastic temperament and has been handled daily by amateurs.  He has a strong work ethic, loves to please and is very rideable and trainable.  He completed the 2012 North American 70-day Stallion Test and received impressive 9's for his Character and his Willingness to Work!

Legaczy is by the renowned Dutch sire Alla'Czar, who was an imported 16.3h bay sabino stallion who competed in dressage through Prix St. George, as well as having a successful career in the 1st and 2nd year Green Hunters and the big Equitation rings.  He was also the USEF hunter breeding sire of the year for an unprecedented five consecutive years.

Alla'Czar was by Zeus, one of the most sought after show jumping sires of all time.  Alla'Czar's dam line is Renetta x Legaat x Marco Polo.  Marco Polo is generally considered to be the most influential Dutch sire in breeding and jumping, and Legaat was one of his best stallion sons.  He was also the sire of the famous Olympic show jumper Milton. This pairing of Zeus and Marco Polo results in two of the most successful European jumping lines.

Legaczy is out of the 17.1h Oldenburg GOV mare All of The Above, who had a successful career in the "A" rated hunters.  She is a fabulous moving mare with a wonderful temperament.  All of The Above is by Buntspecht de Lauzelle, who was a Puissance/Grand Prix show jumper and also a Regular Working Hunter Champion. He was the leading sire in Belgium in 1982 and 1983.

Legaczy is line bred to Ferdinand on his dam's side.  Ferdinand was one of the most important producer of Hanoverian jumping horses for over twenty years between the 1940s and 1960s.  Ferdinand was also one of the foundation sires for the Hanoverian F/W line.  His offspring were known for their wonderful athleticism and bravery, and he produced international and Olympic show jumping competitors.  The F/W line is know for jumping ability, but Ferdinand's part of the line is noted for its versatility and also produced many world class dressage horses as well.  Today the F-line continues to produce horses with superb conformation, quality of gaits and rideability.